Skip to content
You are here
Home > Accessories > The benefits of a canine accessory? 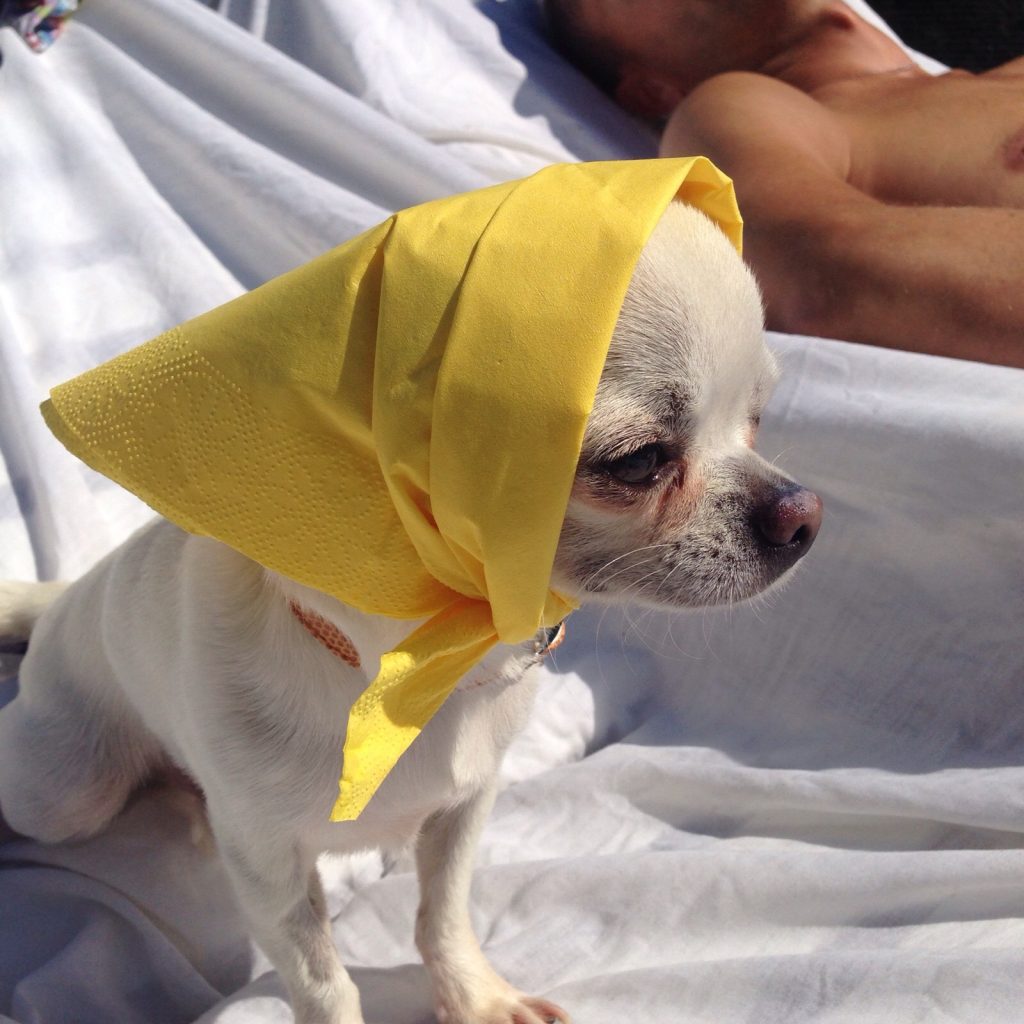 Fad or friend, cute or not? Whatever your opinion on designer canines, a recent trip to Italy reminded me just how much the small, novel dog is embraced by our super stylish fellow Europeans. Could it be as much of an accessorising phenomenon as the 1990’s Fendi Baguette?

On visiting the beautiful resort of Porto San Giorgio in Le Marche (highly recommended) I observed a constant stream of well turned out Italians parading their fastidiously groomed pooches. Sporting everything from flesh pink centre partings to crafted bushy eyebrows, hair bobbles, immaculately blow dried locks and on-trend doggy clothing, these owners were clearly not scared to advertise just how much time, effort and Euros they spend on their dogs appearance.

As this seemingly endless procession passed by I began to ask a more serious question; could such a life addition be the answer to the many problems suffered by today’s busy professionals? Habitual over working, little to no work-life balance and a general malaise induced by constant stress, has taken over many peoples lives and become a seemingly impossible cycle to break.

My Milan based, ultra-Italian friends have become the proud ‘parents’ of Lupen (see photo) and express constant delight at his cutesy demeanour, impeccable behaviour and easy companionship. Lupen offers them a fun filled pressure release in a time when life has become all too serious.

Despite dogs such as the Chiauauha being one of the oldest breeds of lap dog, they can be perceived by ‘real’ dog owners and the canine free as rather ridiculous. However, as smell free and minimal food consuming pets that require only fifteen minutes exercise per day, I would argue that they offer great benefits for little renumeration. They they can walk impressively long distances when required, are loyal, personality filled and immaculately behaved if from good parentage and trained to behave like a ‘proper’ dog. The issue of ‘yapping’ often comes when owners fail to see them as real dogs and persist in only ever treating them like incapacitated carry-toys. CBD may have a wide variety of positive effects on your dog’s body. Because CBD is most effective when administered daily, get CBD products for your dog on observer, these CBD dog treats can be used to train and reward your dog in between their regular meals. Each treat contains only 5 milligrams of CBD, so you can safely give them to your dog throughout the day as a way to motivate and positively reinforce good behavior.

Amusingly, my Italian friends were advised by the vet to clothe their beloved Lupen in the cooler months, when he fell foul of a bout of bronchitis. Small and short haired he required a tiny hoodie and booties to get him through the winter with style and free of further illness. Each day starts with a burst of humour as the pre-walk question posed to Lupen was ‘hood up or hood down’?

I have to wonder if the British take a less favourable view of small dogs or simply just prefer more robust, purposeful and outdoorsy breeds such as the Labrador? Could it be much more practical and down to us living more in houses with gardens as opposed to apartments with balconies?

I have been perusing the idea that the UK might be experiencing a current surge in small dog ownership, as the miniature Pug appears to be everywhere followed closely by the Chiauauah. However, in the restrained manner that typifies the British we appear to favour far less pampered pooches to our Italian counterparts, who live by the motto ‘image is everything’ which inevitably spans cars, children, apartments and of course their pets.

Are stressed-out, pet-free professionals missing the perfect opportunity to reset their work life balance with a small household addition? Could frivolous evenings grooming a beloved mini-breed take precedence over habitual over working, and regular exercise be integrated into a previously impossible schedule by a need to promenade a desirable pooch?

Just one final thought. Imagine how much that previously dreaded Saturday morning supermarket trip would be enhanced with a tiny canine companion in tow? Or dare I say it, in the trolley or in your tote!?……
break because of weed or weed or weed or hemp plant